Originally known as the Regina Plains Museum, the museum was renamed the Civic Museum of Regina in 2013 and moved out of its downtown location. In 2016 the organization went through an extensive revaluation to become a museum without walls, one of Regina’s first Ecomuseums and moved to its collection to its current location at 1231 Broad Street in Regina’s Warehouse District. The museum is no longer open to the public as a static museum but holds events and tours. Using Social Media, the museum engages the community to participate in programming and private tours.

What is an Ecomuseum? Originating from the French, an ecomuseum calls for a new type of cultural institution that represent an accurate social identity and aims to empower the community and local people. Ecomuseums aim to have more community centered goals, such as “address social issues and promote dialogue”. They also allow for the telling and interpretation of history, but makes way for citizen engagement, citizen action, and cultural representation. The Regina Civic Museum as an ecomuseum has been working towards telling past, present and the future stories that exist within the City of Regina. The City of Regina has a rich, interesting history. One in which we believe needs to be shared, but at the same time the demographics of the city are always changing, and these new narratives need to be told too. So, as a cultural resource of the City and its members, we are looking to move away from a single space where people look at artifacts and exhibits. Our new model allows us to explore new platforms for engagement and embrace new opportunities for stories telling 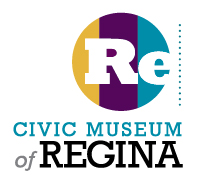